Today I bring forth an update adressing some much-needed fixes and game-additions. They are as follows:

Tournaments now run every 3 hours BUT they can be force-started via the Well of Goodwill by adding 50M coins. If one is started with, say, one hour remaining, the next one after that will be scheduled for 3 hours after the end of the force started tournament. This also means that staff can choose to start tournaments whenever for events and such which will be great for community interaction. 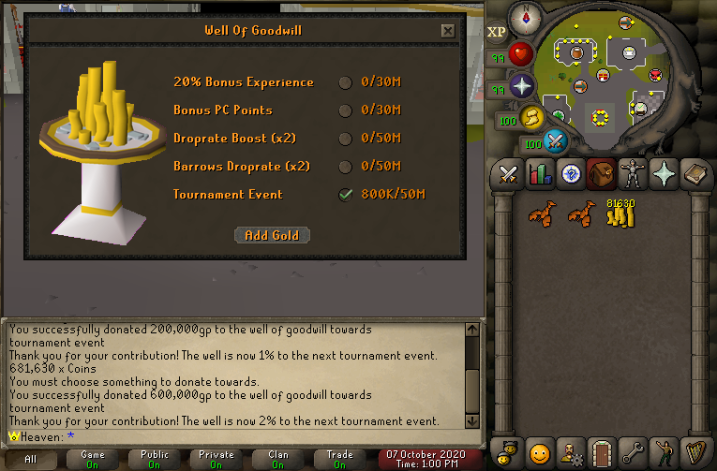 The teleportation orb has been removed and you no longer need to purchase it before quickly teleporting. You may now navigate using the ‘T’ icon in your top right corner like in the example below.

Fixed the bug with damage where HP would be drained before the hitmark appeared. This caused you to be unable to eat upon the final blows animation, thus making it seem like eating wasnt working and/or was delayed.

The entirety of wilderness as well as the rev caves have been livened up with a lot of new NPC spawns and now holds a bunch of new potential wilderness slayer tasks. Huge thanks to Cursed for help with adding the spawns. The new tasks are as follows:

I hope you will enjoy these updates, and look forward to more!